Information on what screen versions are and how they work.

Versioning lets you create a new version of a screen which you can change and update while keeping the original version live and in use by other users. You do not have to take the screen down, and nobody will be able to see your changes until you’re finished.

In this article, you will learn about:

A screen can have multiple versions. In the below example, we will access the versions of the Contacts List inside the Contacts App.

1. On the app you wish to see the versions, click the vertical ellipsis ⋮ and select the Manage link. 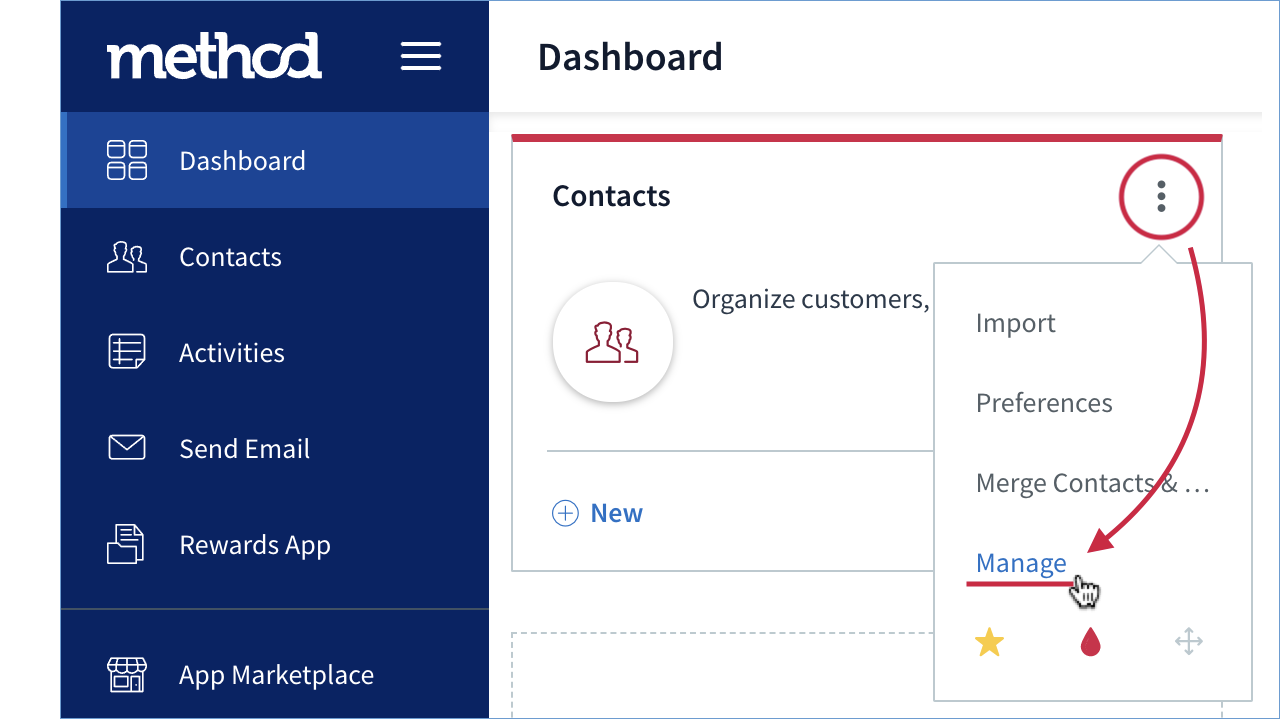 2. Once in the Screen Management of the app, select the vertical ellipsis ⋮ of the screen you wish to access the versions of, and select Versions. 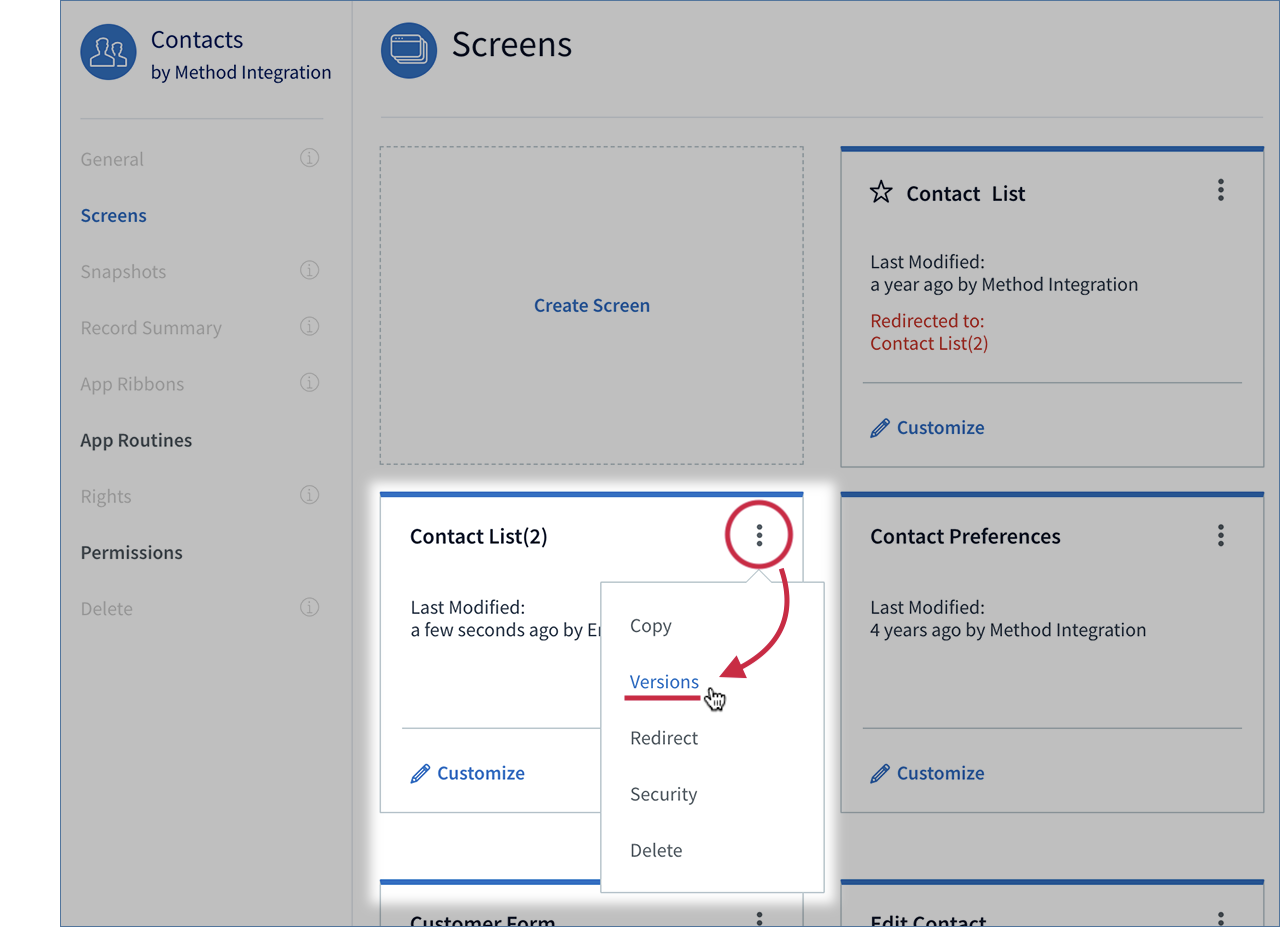 There are a few other things to note about versions here.

When you click on the Versions option in any screen, you’ll be taken to a page where you can view all the versions that exist for this screen. 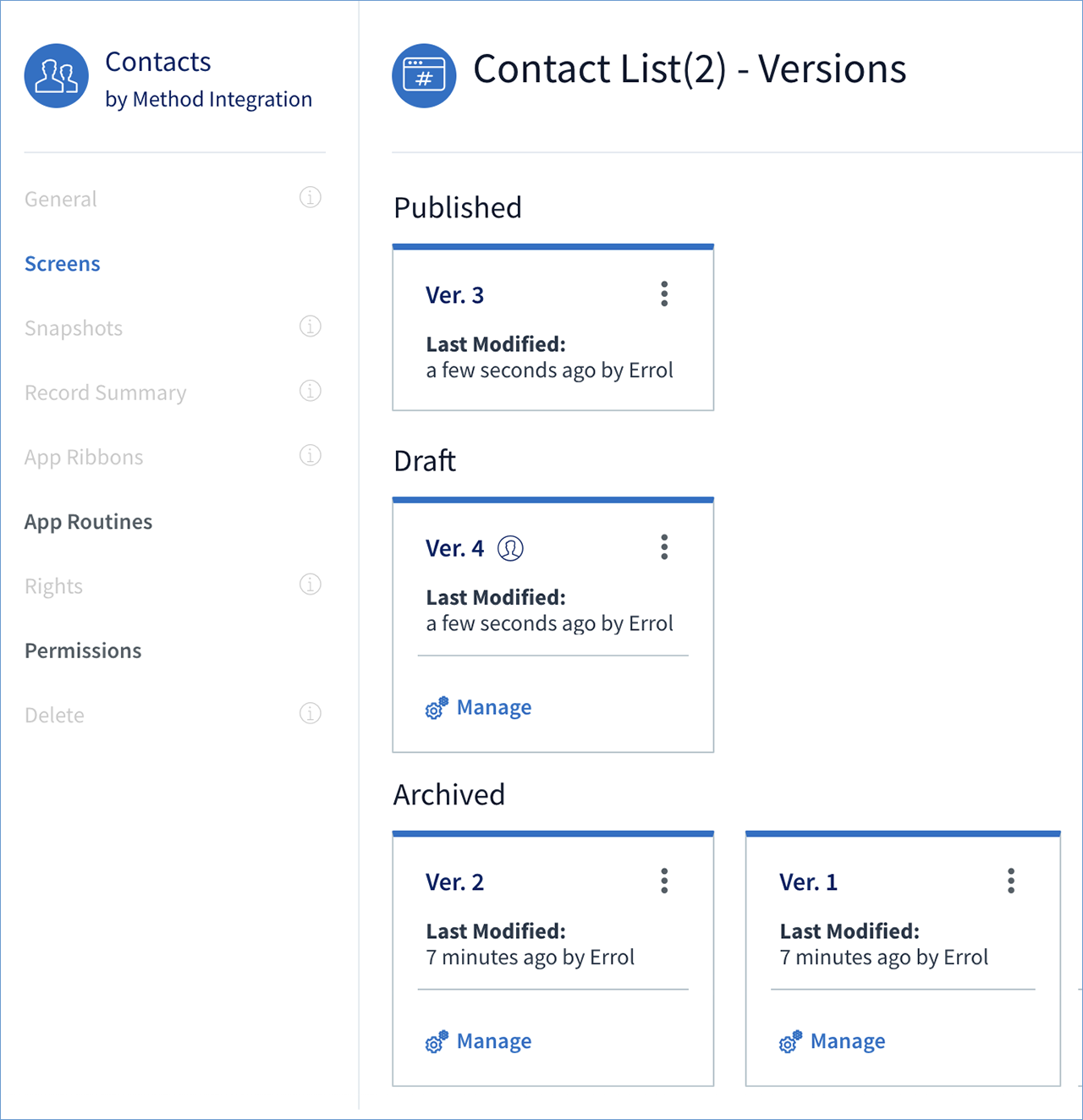 There are three types of versions:

Other than the Published type, each version also offers you three courses of action: 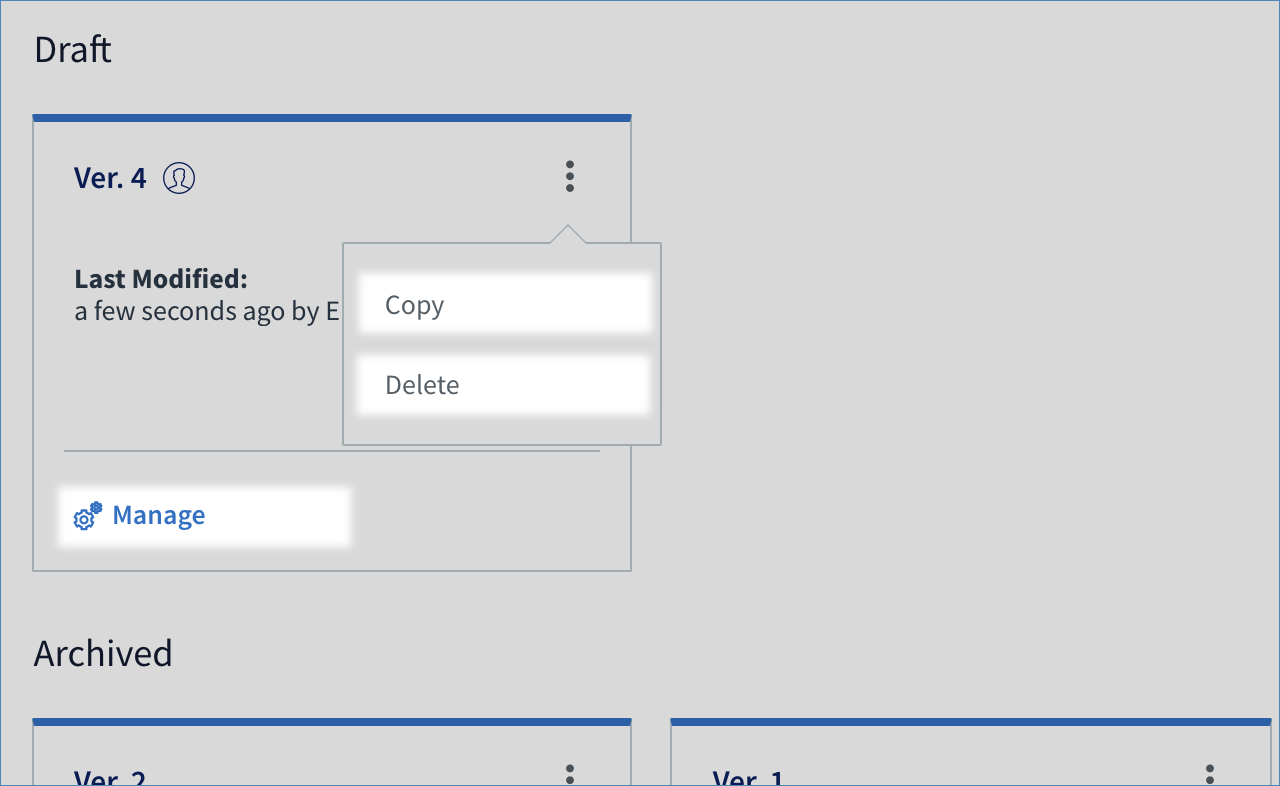 Each user can only be set to one version at a time. With multiple versions, how do you know which version you are looking at? The person icon indicates which version you would see if you were to use the screen in Method. 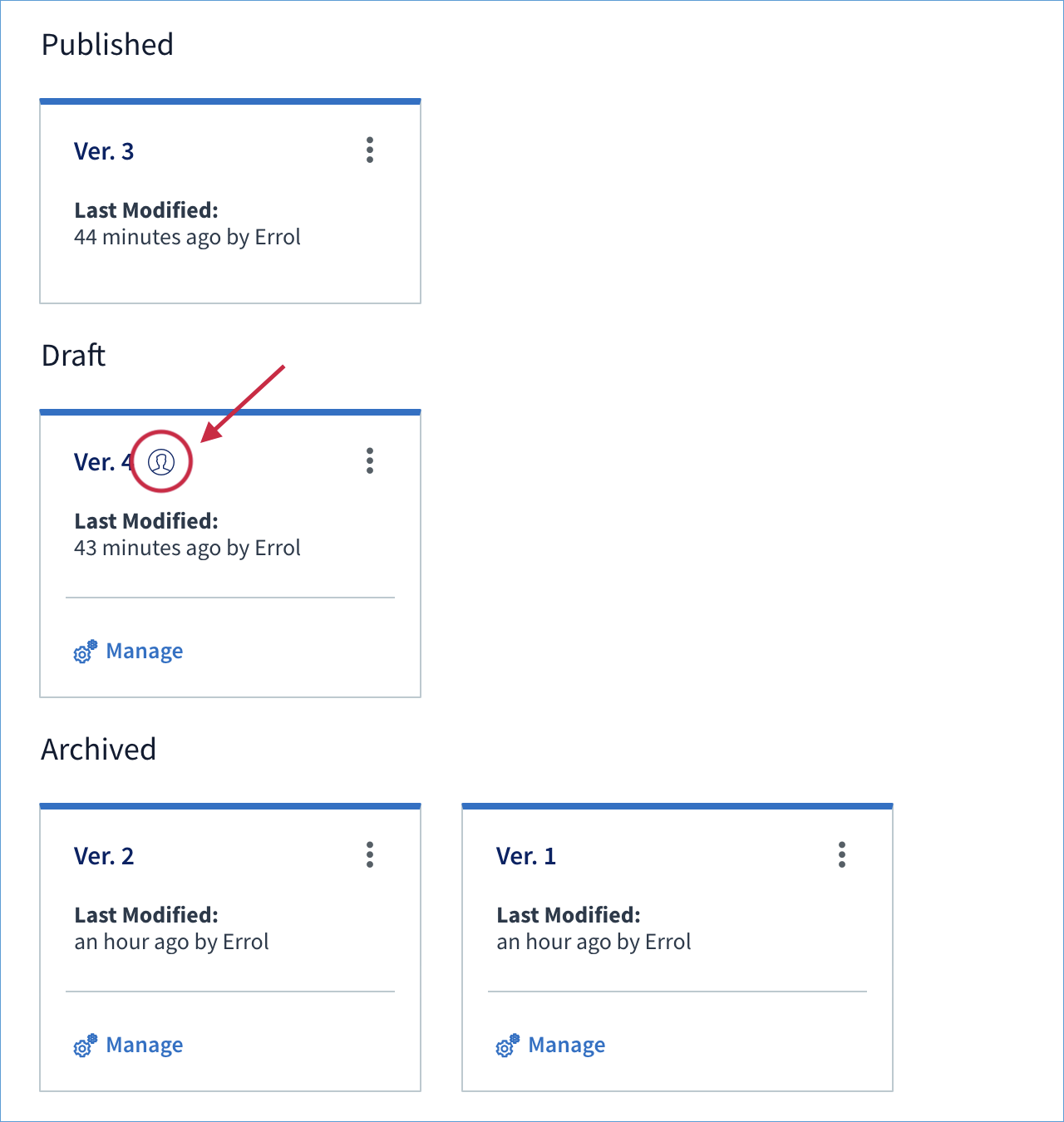 If a version is Published, it's the one all users of the app see and use by default, unless they are manually assigned to a different version. There can only be one published version of a screen at any time, and it can only be copied. It can’t be edited or deleted.

In order to publish this screen, you will need to Manage a draft or archived version.

Draft versions are not seen by a Method user, unless the user is set to view the version instead of the published version. This allows you to edit the draft without worry of impacting other users.

An Archived version is a version that is no longer used.

Clicking the Manage link on a Draft version or an Archived version allows you to: 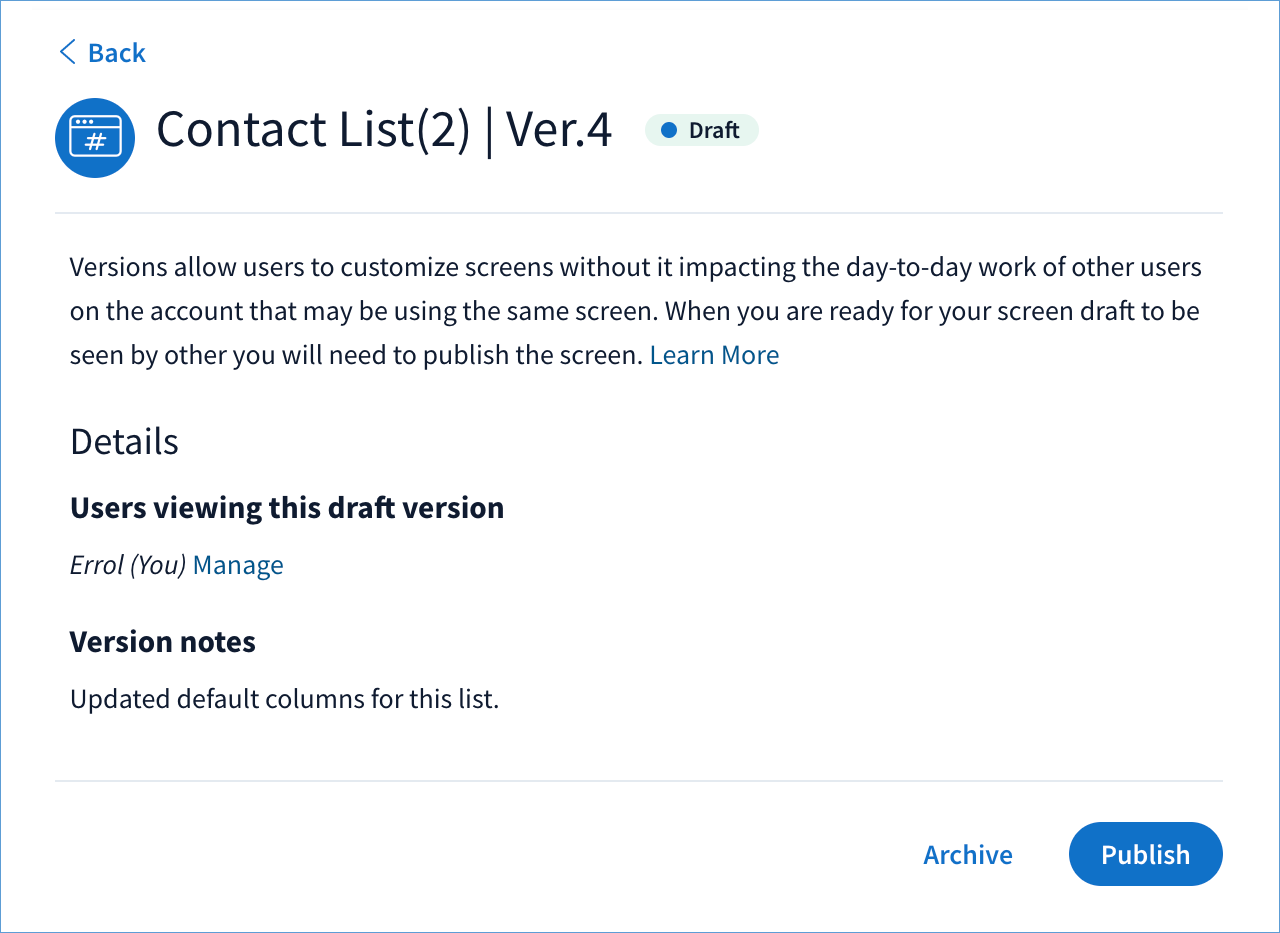 Under Users viewing this draft version, you will see a list of people using the current draft version. Clicking Manage will take you to a new screen where you can add or remove users from using that version. 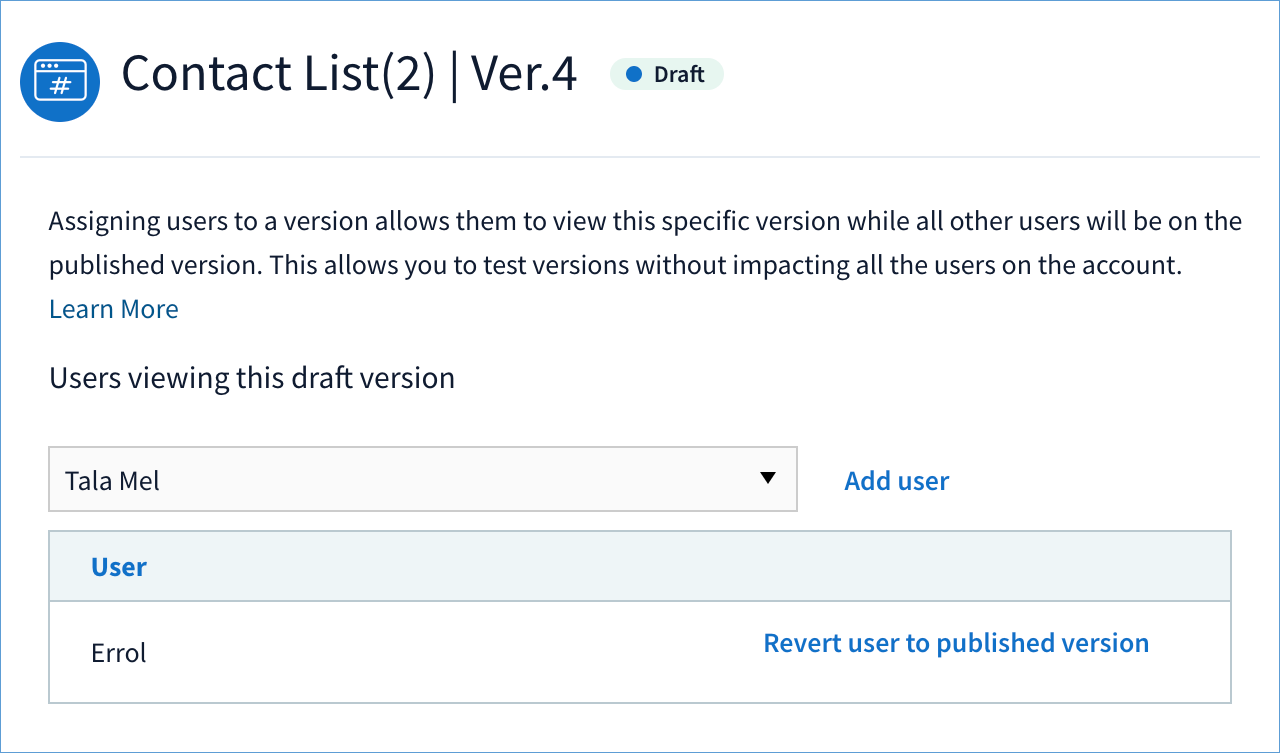