General settings when managing an app

The General settings of the app allows you to set up how the app appears and behaves on the dashboard. The main menu consists of several options. The '*' designates a field which is required. 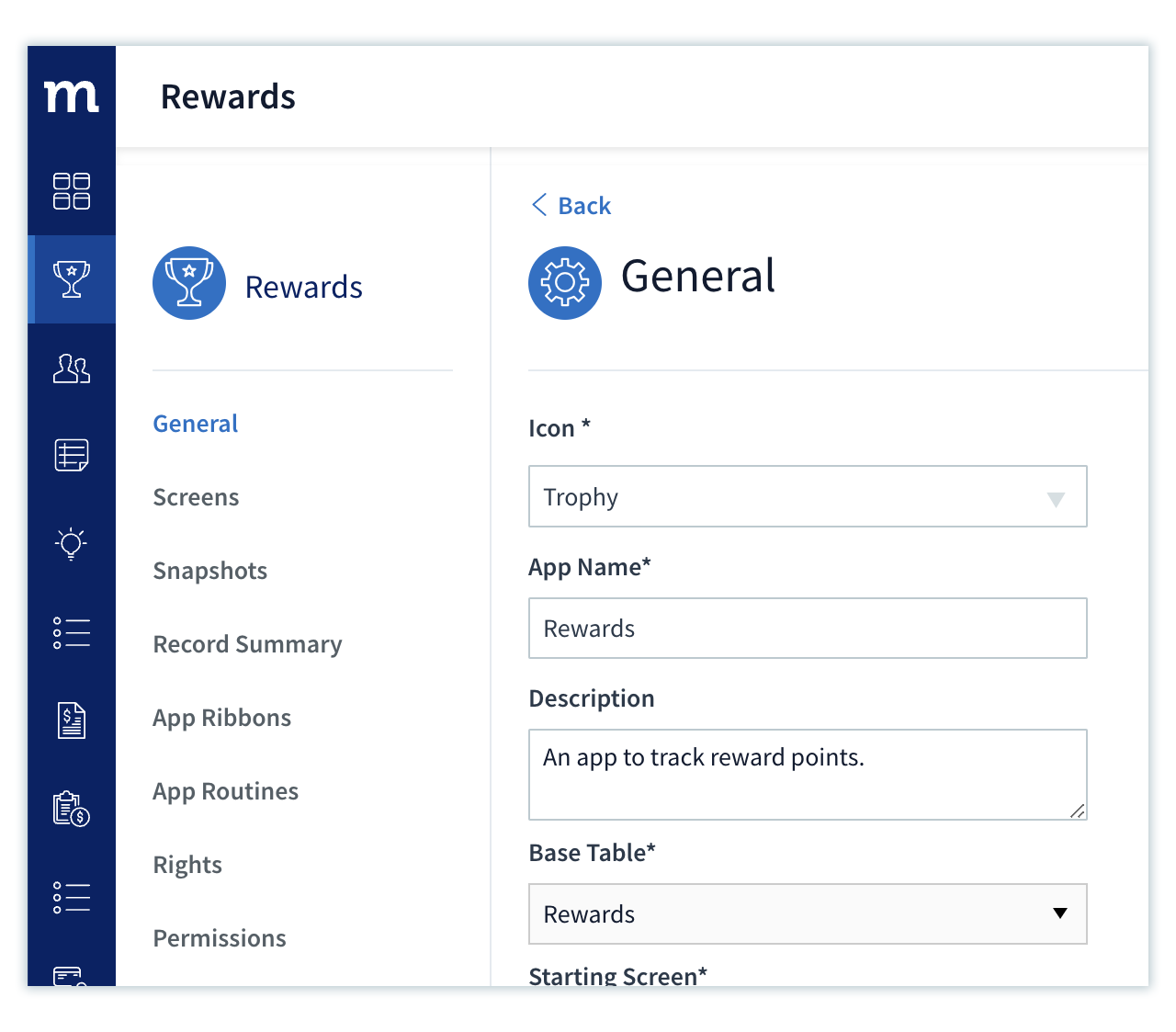 Keep in mind, the process of creating a new app includes creating your first screen. That first screen will draw from the base table you chose for your app.

Other screens in the app, however, can be based on different tables (you choose the screen’s table as part of the screen creation process). Method assumes at least one of your screens will use the base table for the app, so we assign this table automatically for the first screen. 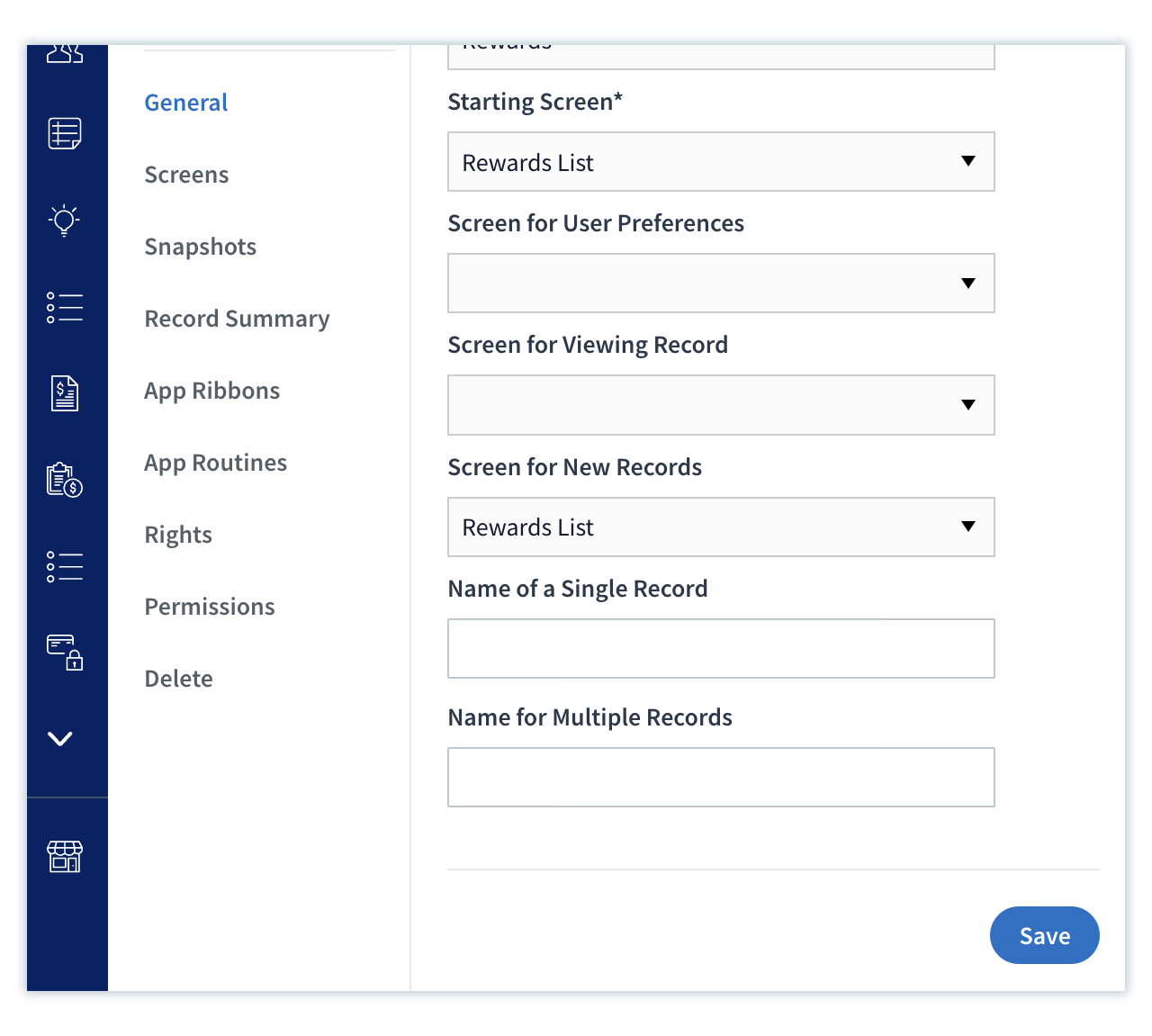 Settings are not saved until the Save button is clicked.