This action allows you to reuse the actions of another control

The Call Routine action (previously known as Call Another Action Set) allows you to reuse a set of pre-defined actions.

As shown in the below image, there are two types of routines you can call:

The parameters for this action change depending on what is selected.

This is allows you to reuse the same actions from different control on the same screen without the need to duplicate them.

▶  Jump to this action set: Display the action set of the chosen routine.

Why You Should Use Call Routine

Imagine the screen has three different buttons with different ways of saving the record:

In the above image, the first four actions are all the same and are required for saving the record. Imagine if the save process required another action? That means you'd have to update all three of these buttons.

However, if you use the Call Routine Action, you can do this:

The SaveBack and SaveNew buttons tells the Save button to do its actions first. So if you ever need to change how a record is saved, you only have to change it in one place.

When you select an App Routine from the dropdown, the number of parameters change. App routines must be created from the Manage section of the app.

Using the example from the Create App Routine article, you can setup the Call Routine action as shown: 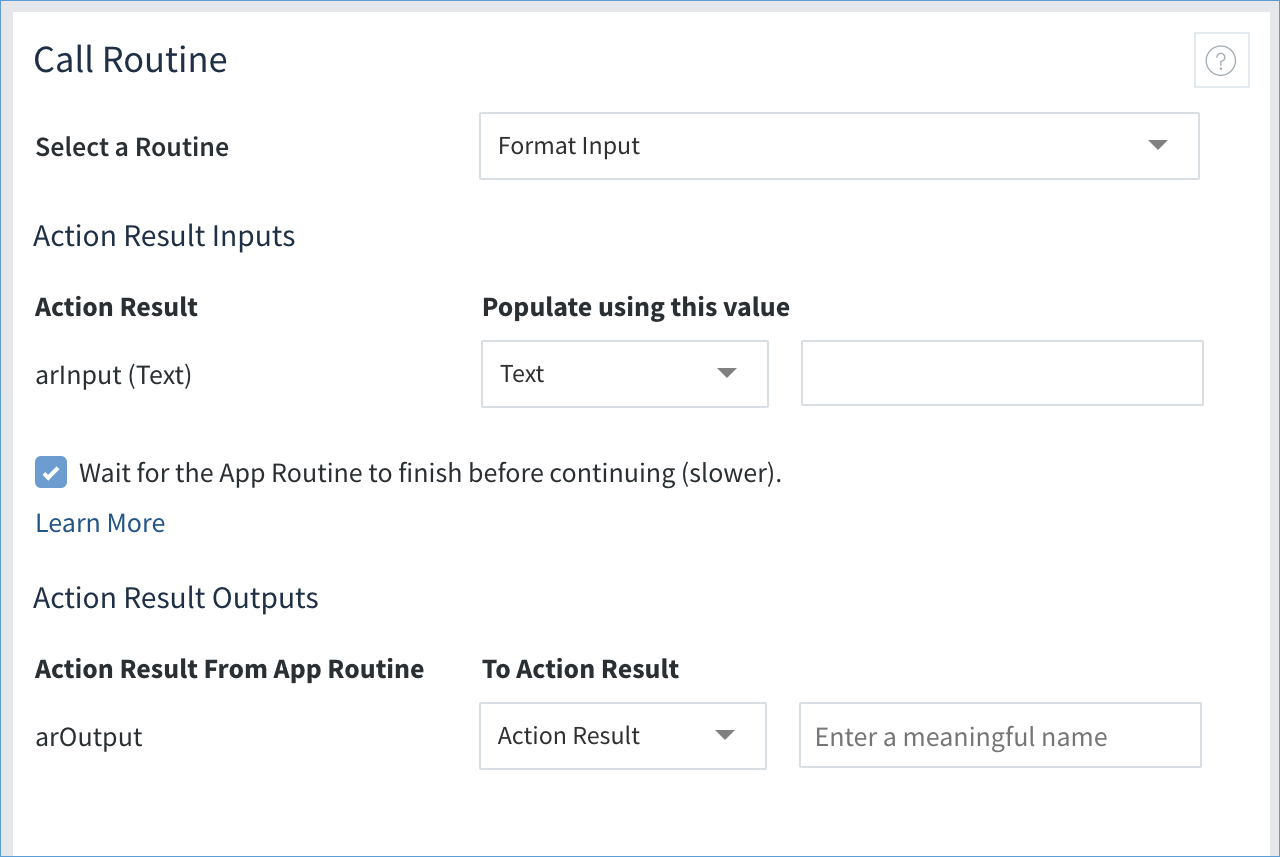 ▶  Select a Routine: The active app routine defined in the current app. For App Routines with multiple revisions, the published revision is shown.

▶  Input Action Results (Only shown if App Routine requires an input): The value sent to the App Routine as input. This value can be defined by you, pulled from an existing control on the screen, or pulled from the user's session.

▶  Wait for the App Routine to finish before continuing (slower): If unchecked, then the routine will run in the background and a notification will indicate when it is complete. Warning: if actions after the Call Routine action relies on its output, do not uncheck this.

▶  Output Action Results (Only shown if App Routine produces a value): Select where you wish to store the output results of the App Routine.