How to create an app routine

Written by Errol Elumir
Updated over a week ago

App Routines are restricted to the app they are created in. Other apps will not be able to use it, however any screen inside the app is able to use the app routine.

To create an app routine, you need to manage the app.

In this article, we will go over:

In this scenario, we will use an example custom app called Contact Form. You will not find this app in your Method account unless you created one yourself.

In this Contact Form app, there is a form we want our customers to fill out. When we receive their input, we want to:

Where to Create App Routines

1. On your app, click the vertical ellipsis ( ⋮ ) and select manage. 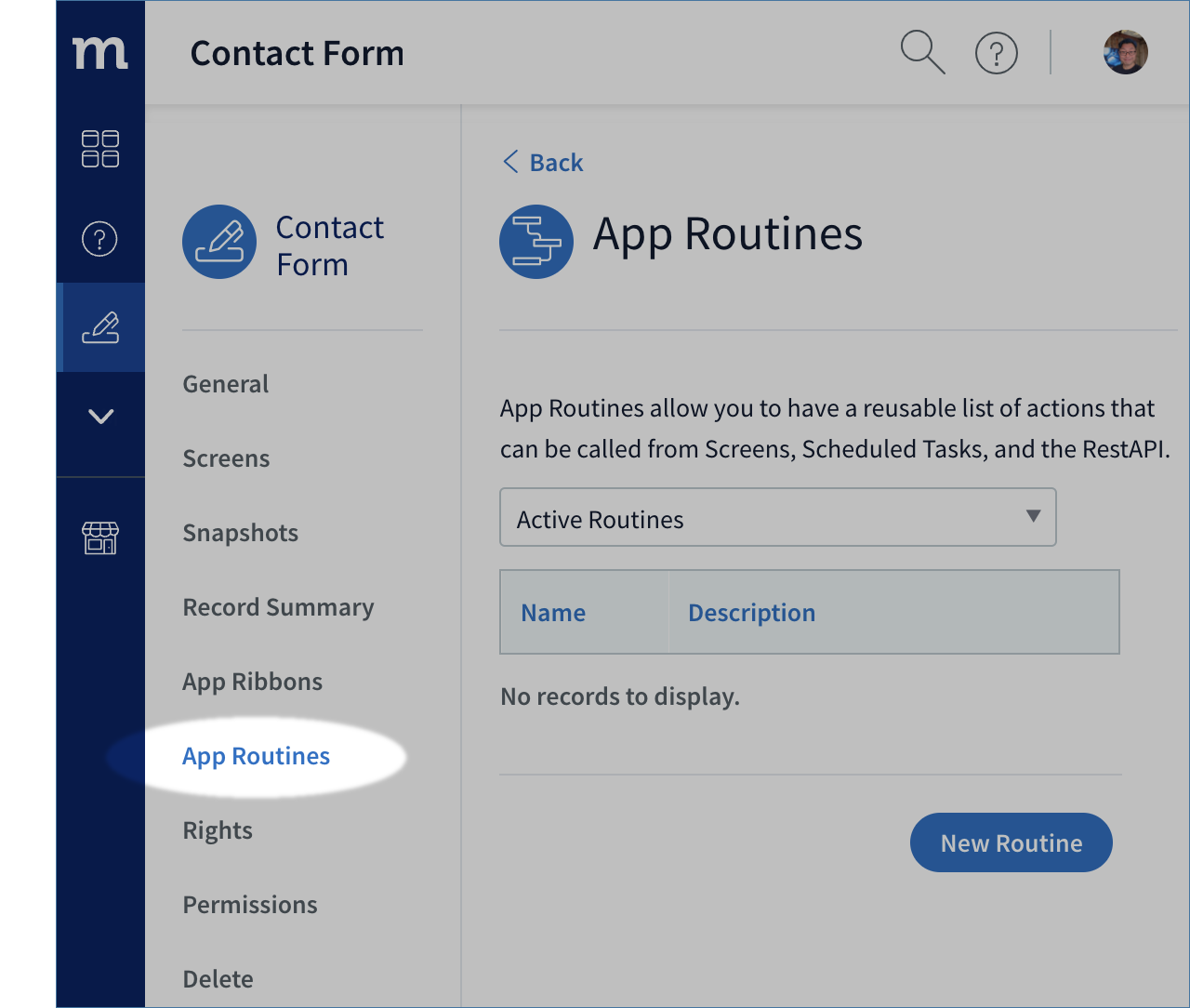 4. Give the app routine a name and description.

Once saved, you will be presented with a page to define the App Routine.

How to Define an App Routine

In the below example, the app routine was given the name "Format Input" and was given the description as shown in the image below. 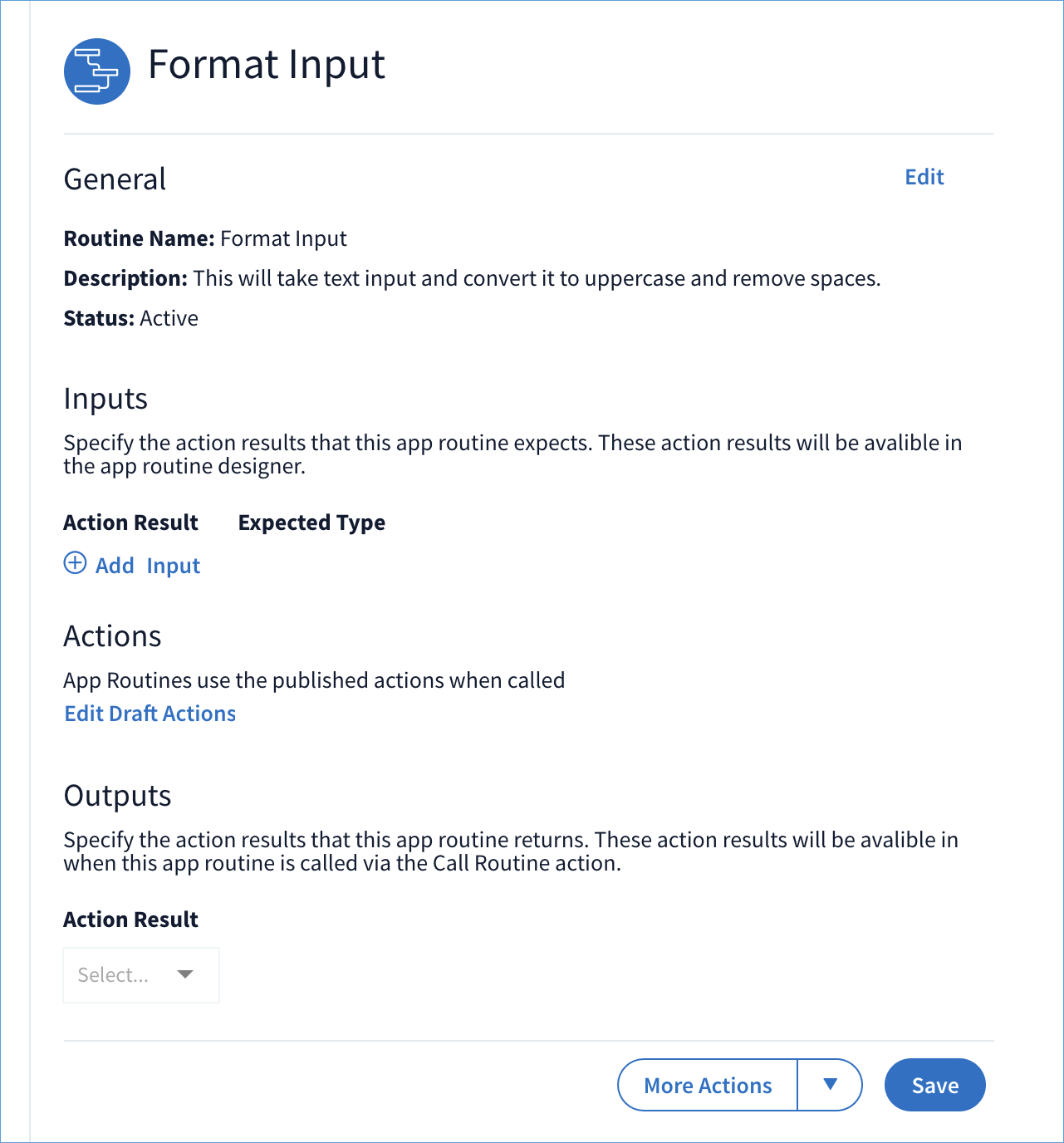 There are four sections you need to be aware of when defining an app routine:

Continuing with our scenario, let's define this app routine.

Our app routine will expect one input: the text we need to convert.

When you click Edit Draft Actions, you will be taken to the action editor which is exactly the same as editing actions on an app screen.

Note that you can also copy actions from any control within the same app. This allows you to migrate older action sets to be re-used as an app routine.

Explaining how actions work is beyond the scope of this article, so here's a quick overview on the actions being put into this app routine.

Using a Character Function action, we will convert whatever was stored in arInput1 to uppercase and then it will store the result back in the same action result. Remember the arInput1 action result was first defined in the previous section as an input.

Using a second Character Function action, we will remove spaces which are in arInput1 and store the output in the action result arOutput1. 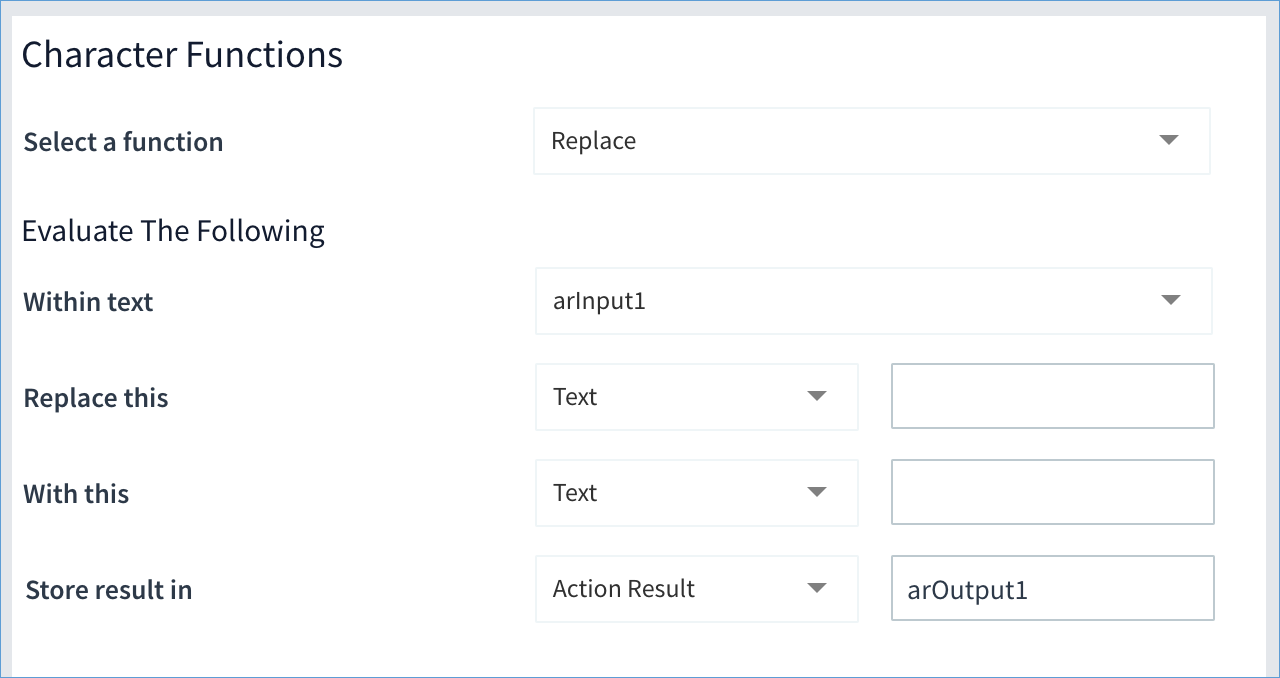 When complete, the action list should have two actions in it:

Close the action list and continue on to defining the output.

Now that we have an action result in routine, we can specify the output. In the below image, we are going set the action result arOutput1 as the only output for this action routine.

Once done, we can continue to testing our app routine!

Continue to Testing and Publishing your App Routine
Did this answer your question?