The Show/Hide Controls action will allow you to set the state of one or more controls between being visible or invisible.

You can also make an entire section hidden or visible. When a section is invisible, every control inside of it is also invisible. If you wish to hide and show a group of controls, place the controls in a section and toggle the sections visibility.

▶ Select a control: the control to make visible or invisible.

In this scenario, we are going to reverse engineer the New / Edit Lead Source screen. When you edit a lead source, you will have the option to delete the lead source:

However, if you were to create a brand new lead source, take a look at the screen and note the difference:

The delete button is gone! This makes sense, considering you can't delete something not yet added.

In actuality, the delete button was hidden using the Show/Hide Controls action.

By default, the delete button has its load state initially set to Hidden. And then, in the screen's Active Record Change event, it will show and hide the button appropriately. Here is the action list set for this event: 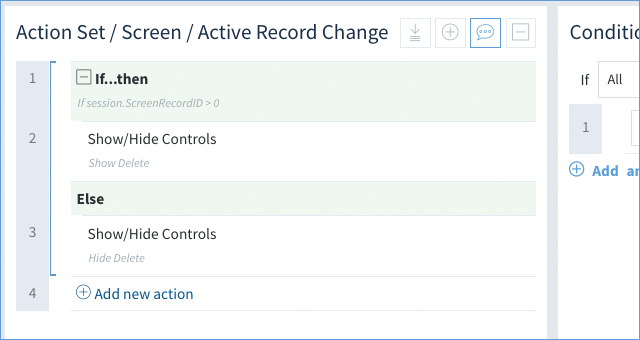 The if..then statement checks the Screen Active Record ID. If it's greater than 0 (1 or more), then that means the screen is being used to edit a lead source and the Show/Hide Controls action is used to show the delete button: 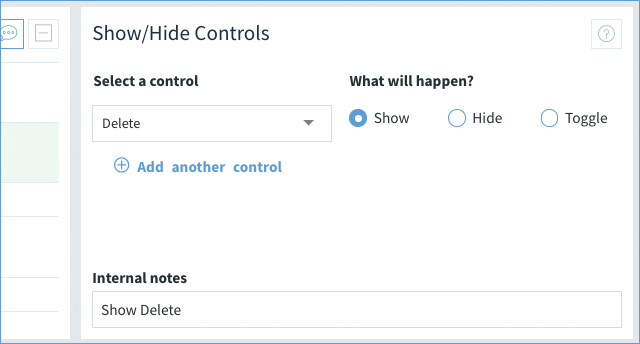 However, if the Screen Active Record ID is 0 or less, then the screen is being used to add a brand new lead source and the Show/Hide Controls action is used to hide the delete button: 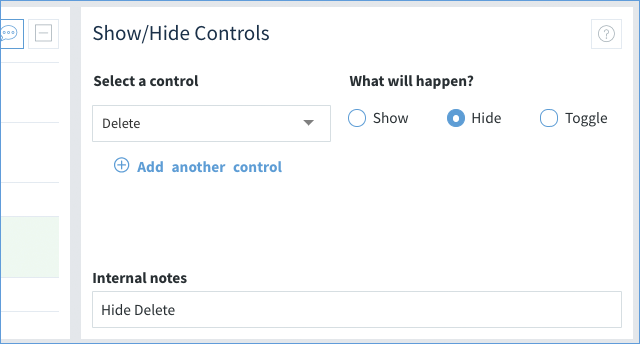